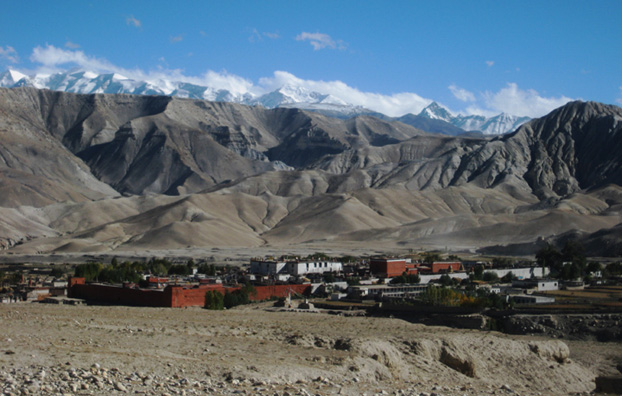 Upper Mustang Trekking is one of the few regions which remain unexplored. The ancient kingdom of Mustang is in the western region of Nepal. It has two parts namely the upper Mustang and the lower Mustang. Mostly Manangi people live in Upper Mustang.

Upper Mustang’s ancient capital is Lomanthang. Whereas, lower Mustang covers the part of the lower valley along the Kali Gandaki river.

Mustang has its own culture and traditions. It is rich and unique, with only place in Nepal with its own king. The people of Mustang call themselves Llobas. Houses and temples in this area are made of stones, mud, and sun-baked bricks.

Lo Manthang boasts of beautiful architectures, city wall, and the four story palace. Life in Mustang is slow and different from city life.There are several caves, monasteries, and school around Lo Manthang. You can embark on a journey to witness the Tibetan border.

Upper Mustang is suitable for trekking during the summer or monsoon period. During the monsoon, the upper Kali Gandaki valley is dry with only occasional rainfall.The Mustang trek is easy as the highest point is only 3800m. But the conditions at times can be arduous. It is cold in winter and windy and dusty all year.

We do not recommend trekking during winter due to the unbearable cold. And many locals migrate to southern parts of the country and even to India.

According to government rule, liaison officers should always accompany with the trekking groups.There are few accommodation facilities available above Kagbeni

We must be self-sufficient especially in fuel. Also, we can take mules and horses t to carry the loads.The inner kingdom of Mustang is almost barren. You can enjoy the steep rocky trail. You will love by the panoramic views of Nilgiri, Annapurna, Dhaulagiri and several other peaks. This trip will be a memorable one.

Starting point: Either fly to Jomsom from Pokhara or start trek from lowland.

Ending point:  From Jomsom fly back or walk down

Culture: Different communities with majority of Thakali, Tibetan Lobas and their unique culture

Highlights: A different community with the majority of Thakali and Tibetan Lobas their rich culture and great Himalayan landscape etc.